Why is the Bible so hard to understand?

I hear it a lot; the Bible is hard to understand, difficult to follow or so complicated.  The Old Testament prophets are difficult to comprehend and the book of Revelation requires a Ph. D. to understand… I just can’t get it!

Would you think me crazy if I told you that the Bible is easy? Perhaps you would…

But if I were to tell you that, I’d be telling the truth!

Now that you’ve given that question a bit of thought, (yeah, right) ask yourself who He gave His revelation to…?

Well first of all, He didn’t give it to government agencies and politicians who them muddied it up so that it was too complicated to follow.  Instead He gave it to some very unlikely people to record.  Fishermen, carpenters, regular folks for the most part… It is clear and simple and very consistent.  It has themes that we can follow all the way through from Genesis to Revelation.  It doesn’t contradict itself, it has insights that are truly amazing, and yet anyone can understand it, so why do we have problems with it?

Here are a few ideas:

1. We don’t understand Covenant and how the covenants of the Bible affect what is going on. 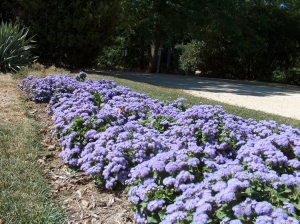 2. We let our traditions interfere with our understanding by buying into the old notion that only certain experts can interpret it.

3. We buy into the notion that you can take any passage of Scripture and have it mean whatever you want… so why even bother?

4. We start our study with the wrong presuppositions, which is to say that we think we know what is true and we go looking for texts to prove it, instead of following the texts where they take us.  This is particularly true with prophecy.

5. We expect it to be too difficult, so we try to take short cuts and just read what others say.

These are just a few possibilities that come to mind as I write this; there are many more.  What made the Bible become simple for me was first, the realization that all 66 books are telling the same basic story which is the story of redemption.  The story of redemption is set in the overall context of God’s purpose for creating Man in the first place: Fellowhip. Second, was that the story of redemption is set within the context of covenant.  Biblical covenant are the means by which God established His relationship with Man after the Fall.  Bear in mind that after the Fall, we were at war with God, a war of rebellion in which Mankind is fighting to take God’s place as the ruler of our lives.  God has established a series of covenants, or maybe we should say “treaties” to re-establish relationship of one sort or another, because His ultimate goal was a return to Fellowship.  The final treaty is the New Covenant which is the one that restores fellowship almost as it was in the Garden of Eden. To restore fellowship, God had to restore purpose to our lives; His purpose, not ours.  He has done so.

Do you realize that I just condensed the major themes of the entire Bible into a paragraph? The Bible isn’t all that difficult!  Of course there is more; this isn’t even an Executive Summary, and yet if you grasp that paragraph, you’ll be ahead of many scholars in overall understanding.  If you are sharp, you might even notice that I haven’t said anything in this paragraph that goes against the teaching of any major Christian doctrinal tradition.  The division comes when we try to prove our pet preferences and then impose them on everyone else, which is another way of saying when we try to be the ruler of our lives, which of course is to resume our rebellion against God.

14 Responses to Why is the Bible so hard to understand?