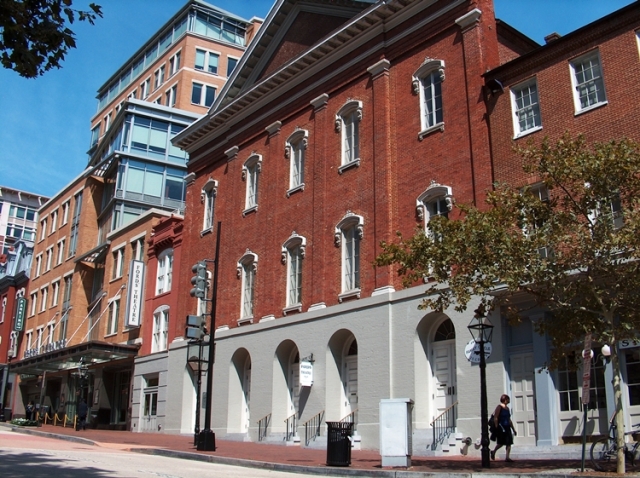 A visit to Ford’s Theatre in Washington is a step into the past, so familiar, so haunting…

It was here in this place that President Abraham Lincoln was assassinated by actor John Wilkes Booth; an act of sheer madness.

Mr. Lincoln had come to the theatre on the night of Good Friday, ironically enough, to see a play, Our American Cousin, a comedy, but the events of that April 14, 1865 would be no comedy.

Shortly after 10pm, Booth fired the shot that changed history and led to utter disaster for his beloved South, and ensure Lincoln’s legend for all time.  What was Booth thinking?  From his diary it seems that he thought this one last desperate act would save the Rebellion… but the war was over by then.  He only outraged the North and sealed his own fate.  Mr. Lincoln was carried unconscious across the street where he died the next morning.

Immediately the theatre was closed down, and remained so for the next 100 years.  Now, it is a living museum of history, and a working theatre.

It is a place where people come to remember the events of the past and to enjoy a play, the thing Mr. Lincoln loved to do to get away for an evening from the enormous pressures of his office in the most difficult period of American history. 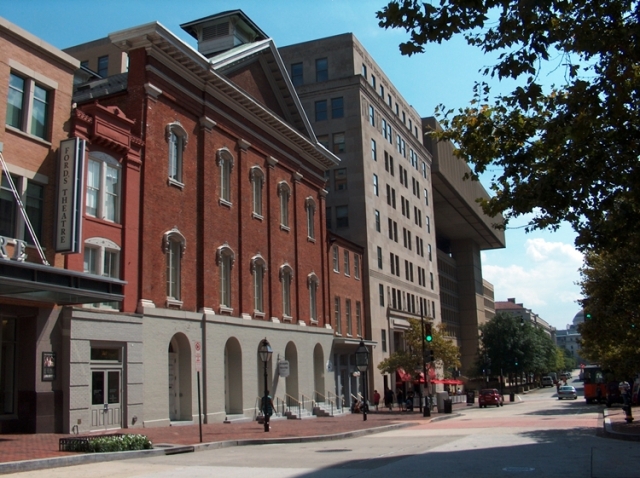 If you notice the buildings nearby, the next large grey building is the Hard Rock Cafe; interestingly, the more modern building next to that, on the corner of 10th Street and Pennsylvania Avenue is the headquarters of the FBI. Ironic, isn’t it?

What can I say to wind this up?  A man wants to save a rebellion by murder.  What a metaphor for our world!  Mankind rebels against God, and tries to keep the rebellion going through murder, violence, deceit… May God have mercy on His foolish children!  Walt Whitman summed the Lincoln Assassination up with his famous poem more than a century ago…

O Captain! My Captain! our fearful trip is done;
The ship has weather’d every rack, the prize we sought is won;
The port is near, the bells I hear, the people all exulting,
While follow eyes the steady keel, the vessel grim and daring:

But O heart! heart! heart!
O the bleeding drops of red,
Where on the deck my Captain lies,
Fallen cold and dead.

O Captain! my Captain! rise up and hear the bells;
Rise up—for you the flag is flung—for you the bugle trills;
For you bouquets and ribbon’d wreaths—for you the shores a-crowding;
For you they call, the swaying mass, their eager faces turning;

O captain! dear father!
This arm beneath your head;
It is some dream that on the deck,
You’ve fallen cold and dead.

My Captain does not answer, his lips are pale and still;
My father does not feel my arm, he has no pulse nor will;
The ship is anchor’d safe and sound, its voyage closed and done;
From fearful trip, the victor ship, comes in with object won;

Exult, O shores, and ring, O bells!
But I, with mournful tread,
Walk the deck my captain lies,