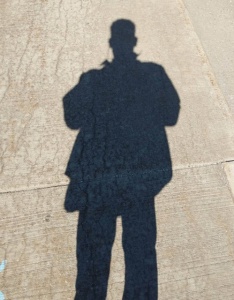 A House of Cards

We’ve had to make some major adjustments since we became caregivers for my 95-year-old mother and the one I have the most trouble with is that she simply must have the television on all day long. It probably won’t surprise anyone when I mention that she’s a bit hard of hearing, and so, the TV has to be turned up really loud all day long.

Unfortunately for me, I have an aversion to daytime TV.

Since I have very keen hearing, there isn’t really anywhere I can go in this house without hearing the TV, you can actually hear it outside…

You know something? That isn’t the worst part of it, for she doesn’t tune in the typical dumb game shows and soap operas, oh no, not my Mom. No sir, none of that ridiculous “make believe”, none of that brainless TV games and prizes. She always tunes into cable news. If you watch cable news, then you know that in the USA these days it’s all Trump, all the time.

She’s Mr. Trump’s biggest fan− I am not. Can you see where this is going?

I actually tried to get her to watch the BBC World Service only two channels away; at least they sometimes have actual news there, and it’s really funny when they have their “Sport” segment, but my Mom doesn’t see the humor in the fact that they use the singular form of the word when they should be using the plural, “Sports”.

Nope, the BBC simply won’t do, she must have the gossip, the idle and ignorant speculations, the charges and the counter-charges, the name calling, the investigations and the endless and pointless arguments on what used to be a network that reported news.

As this year’s midterm elections have gotten closer and closer, my disdain for cable news has increased. So, help me, I’m going to scream the next time I hear a “news” commentator say something like, “It’s raining in the Mountain West and we’ll debate it’s impact on the midterms right after these messages.”

“A dress shop went out of business in Dewitt, Iowa last week, and we’ll debate its impact on the election in five minutes.”

Of course, there’s my very favorite one of all: Democrats say we must have civility in public discourse just as soon as they return to power… and Trump calls Democrats names for their lack of civility in public discourse… Democrats call for angry mobs to harass Republicans in public, and express outrage when Dems who called for this receive faulty mail bombs: See? It’s all Trump’s fault; we’ll debate it’s impact on the midterms right after this…

As the weeks and months drag by, it occurs to me that none of this is real; it’s a house of cards. The fake news, the phony outrage, the paid-for demonstrations, the disingenuous investigations, the questionable polls, the news reporters becoming the story, the contrived crises, the fake debates, reports and speculations… none of it is real.

I heard an interview with White House reporter John Gizzi the other day on a local Washington, DC radio program and I thought that he made the most insightful observation about the tomorrow’s election that I’ve heard all year when he said that Tuesday will be a long night, and that on Wednesday morning 50% of the population will be mortified, and that by Wednesday night all will be forgotten and we will have moved on to the next big story.

I’d say that about sums it up because all of this hype simply isn’t anything more than propaganda.

Our hope does not lie in election results, nor does it lie in politicians or government. Our hope is not in Republicans or Democrats, and it certainly is not in Progressive Socialism. No sir, our hope isn’t in any of this gamesmanship: Our hope is in Jesus Christ.

Yes, it is true that our world is a mess these days, but it isn’t just here in the good old USA, it’s all over the world that passions and irrationality reign. Yet in this world, that is the normal state of things. Only God is dependable, only God is constant, and only God is worthy of our confidence. This other stuff, the political winds, the outrage, the shouting, the discord, the resistance, the sheer craziness are all going to pass away.

Well, I don’t know about you, but I feel better now… and tomorrow we’ll debate how the price of sorghum affected the outcome of the elections, and now, these important messages.

A long time teacher and writer, Don hopes to share his varied life's experiences in a different way with a Christian perspective.
View all posts by Don Merritt →
This entry was posted in Christian living and tagged Christian, encouragement, hope, inspiration, Jesus, life, love. Bookmark the permalink.